TS Performance was opened in 1997 and got its start by supplying customers with anything they desired for their diesel truck. This ranged from chips and programmers exhaust kits, gauges, and intakes. Dennis Perry the owner then began offering his own tuning for the 7.3L Powerstrokes and released his own chip to work with the Ford computer. That chip has now grown to be known as the TS Performance 6 Position Chip and is the most popular and widely used chip for the 7.3L Powerstroke engine.

TS Performance has also expanded to offer tuning for all light duty truck applications with the MP8 and Stryker modules. The MP8 was released in 2003 and has grown to cover more applications each year. We now have applications for medium duty trucks, agriculture equipment, and construction equipment using the MP8 platform. 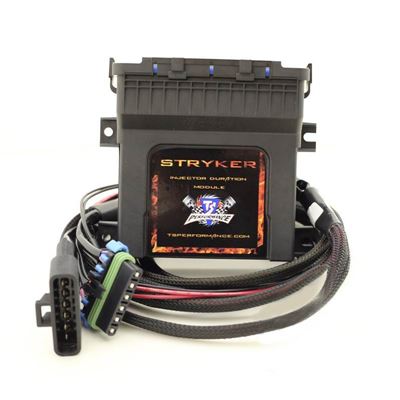 Add up to 135HP and 200 lbs-ft torque on your Dodge 2017-2018 Cummins 6.7L diesel, all with leaving the DPF and other emissions devices completely intact. Plug it in, then drive!